We pride ourselves on providing the highest quality wine for our clientele by hand-harvesting our grapes, using all-natural pesticides and predator deterrents, and utilizing different styles of oak barrels to enhance the flavor profiles.

We are proud to boast of our expanding estate vineyards—currently Petite Sirah, Tempranillo, and Cabernet Sauvignon. For those varietals that we do not grow on our vineyard, we source from some of the finest growing regions
across California.

If you are looking for some great wine pairing ideas, check out our recipe blog here >

Shop Our Wines
Reserve A Tasting
Where To Find Our Wines 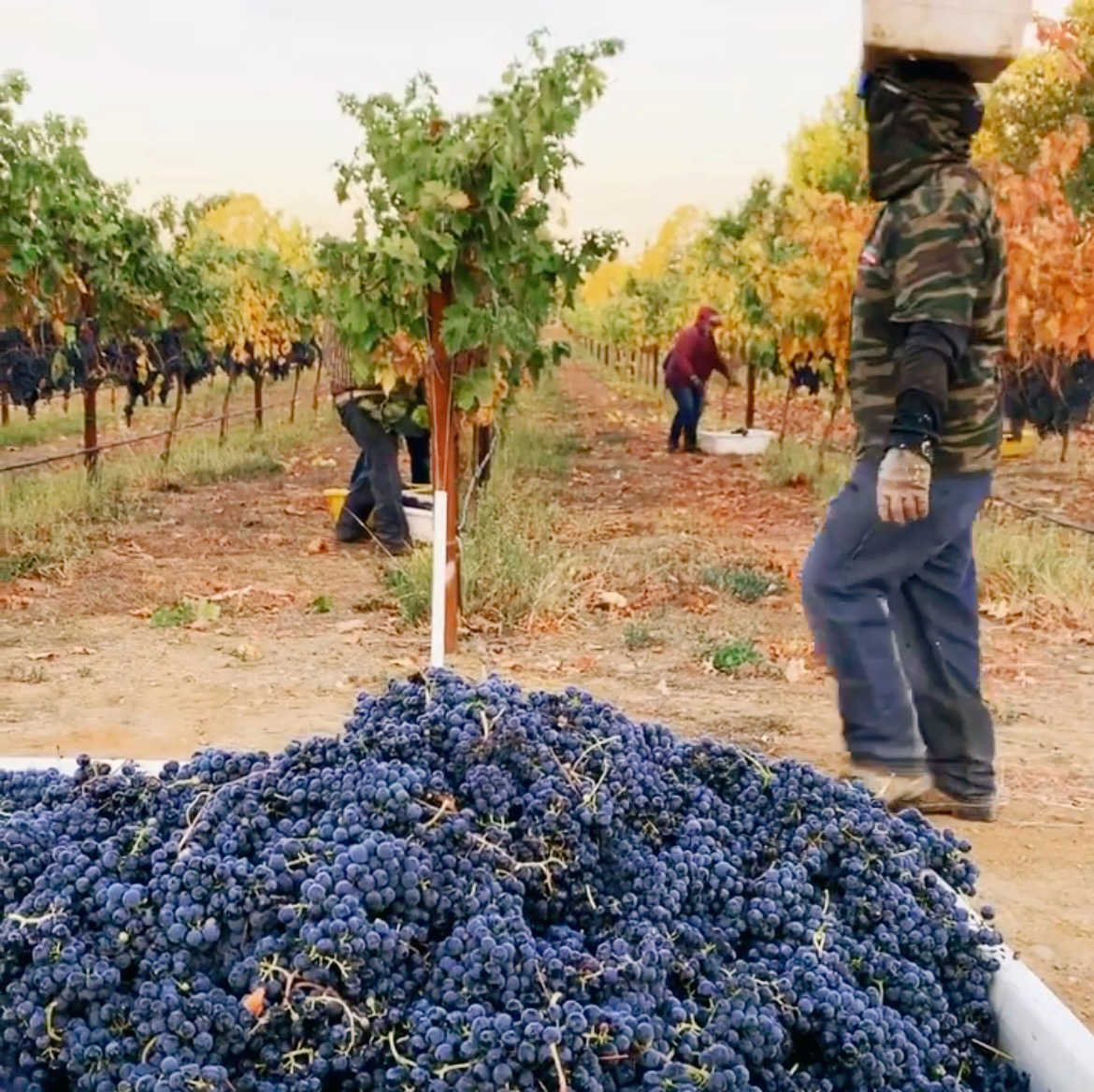 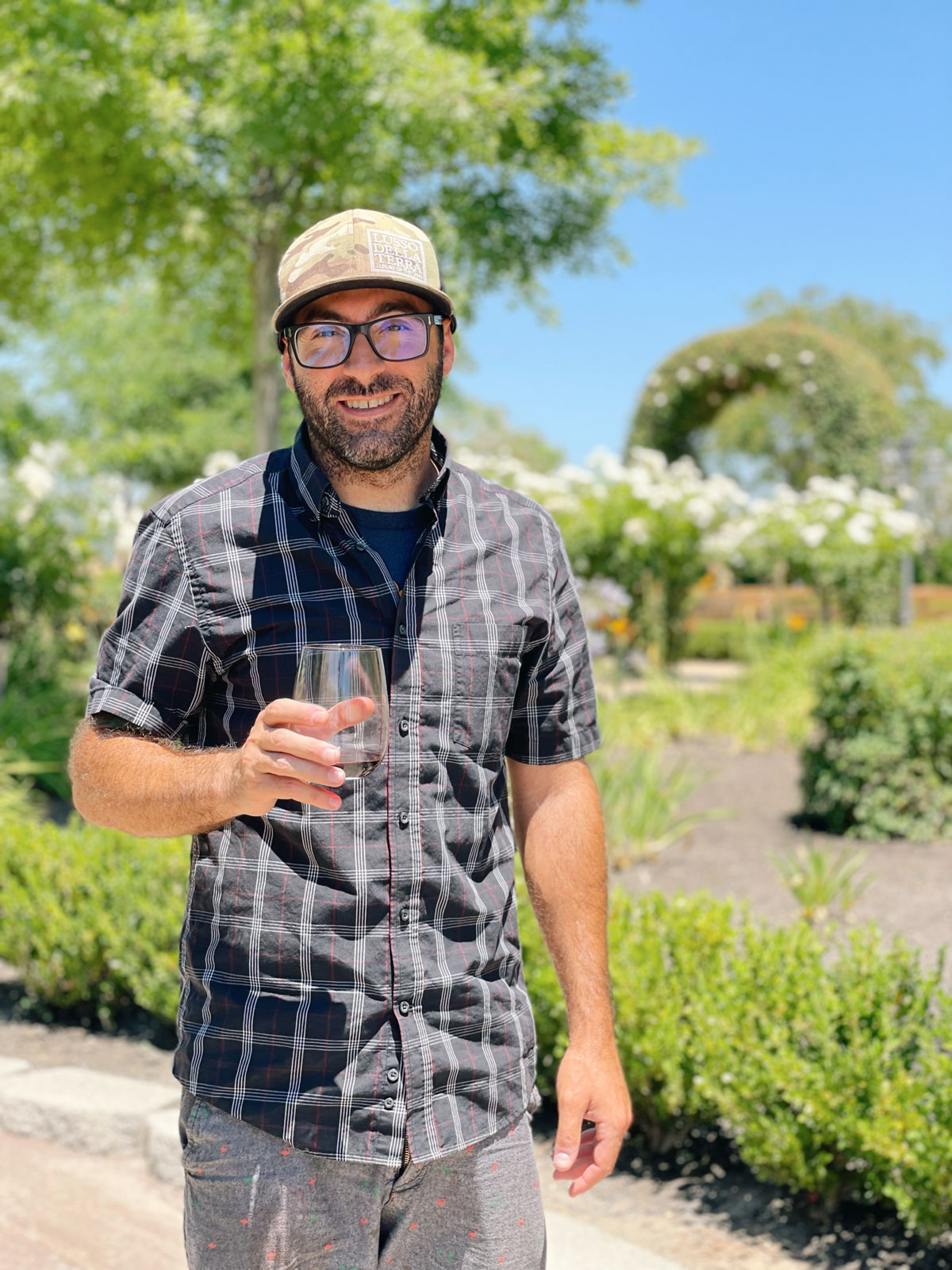 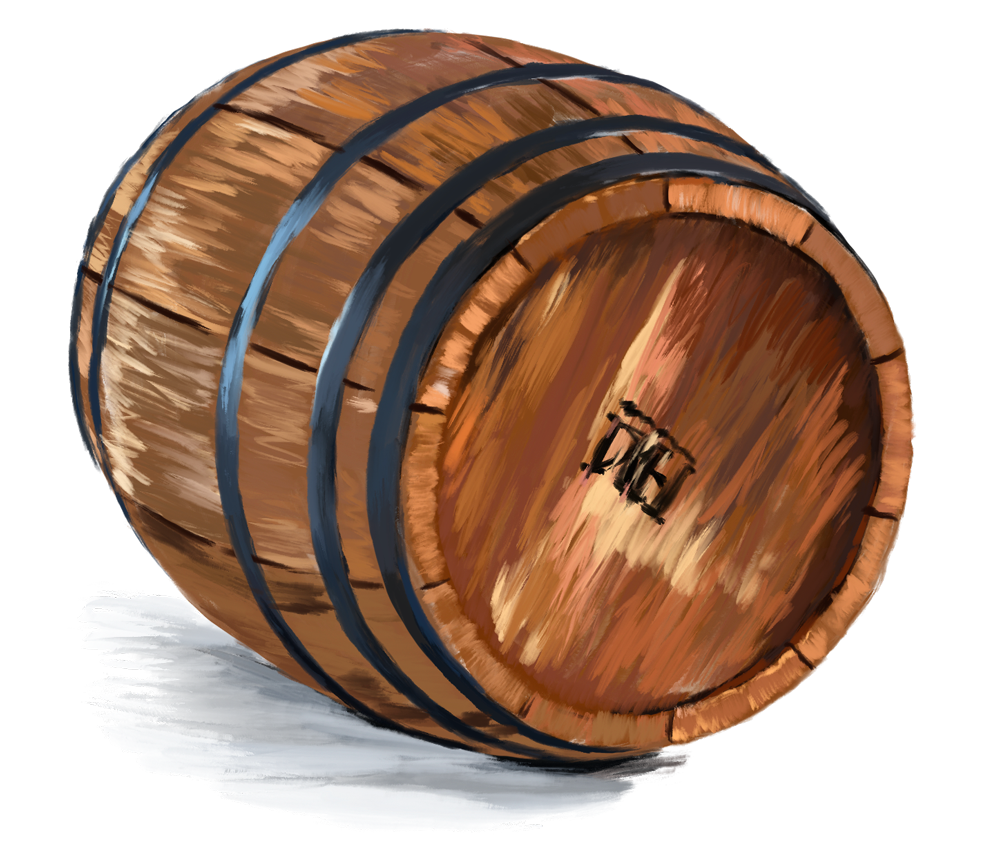 Carefully cultivated with the belief that truly great wine starts in the vineyard, we hand-harvest our grapes, use all-natural pesticides and predator deterrents, and spend countless hours walking the vines, ensuring each cluster is at its optimum point. We also select the finest grapes from all over the state to provide our guests with a selection of the finest wines. We age our wine in French, American, and Eastern European oak barrels.

Edward Cholakian, an award-winning winemaker attended Sonoma State University, which is in the world-famous Sonoma County. His interest in wine started with an unpaid internship at a small family owned winery in the Russian River Valley AVA, where he got a small glimpse of the wine industry lifestyle and “instantly fell in love.” Edward says he, “quickly caught the winemaking bug after being around so many winemakers,” and following their advice, ended up going back to school at UC Davis for winemaking. This opened up many doors for him as he was able to gain valuable experience working at some world class wineries in areas such as Napa, Sonoma, and Paso Robles. His first commercial wine was produced for resale in 2008. However he jokes that he and his friends “were literally making wine in our 2nd story apartment throughout college!”

Working in Napa and Sonoma, and with winemakers from around the world (Cakebread Cellars, Chateau St Jean, and Fetzer just to name a few), helped form Edward as a winemaker. He was able to take specific things he liked from working at each winery, and ultimately found what he liked and what worked for best him. Each winemaker is different in how long it takes them to find their style, but Edward says he “clung pretty quickly to the New World winemaking style after working alongside and being influenced by so many new world winemakers.” Cholakian describes his winemaking style as “New World” because he uses modern winemaking techniques to achieve “fuller bodied, highly extracted, fruit-centered wines,” all well balanced with oak-integration.

Edward started with the Wolfe Heights team in 2019 by making some of our Reserve wines using fruit from the Paso Robles AVA. Cabernet Sauvignon, Syrah, and Merlot all came in from Wellsona Vineyard only a few miles down the road from Lusso Della Terra. These wines are still currently aging in 100% new French oak barrels and will be getting bottled soon. We are so thrilled with the wines he has produced for us thus far!

Wolfe Heights’ vineyard is an 82-acre estate with 2 acres of Petite Sirah, 3 acres of Tempranillo, 7 acres of Cabernet Sauvignon, and 12 acres of olive trees located in the heart of Vineyard (Sacramento), California. Our estate is constantly growing and we have more varietals being planted soon. Our first vines were planted in 2015 and our first harvest was in 2019.

Here at Wolfe Heights, sustainability is one of our top priorities. We implement the use of cover crops, which helps get rid of pests, prevents soil erosion, and increases soil fertility. The cover crops serve as a natural fertilizer, as they add nitrogen to the soil. We have 6 different soil types from Cobbles to Sandy Loam. Due to being 50 feet higher than the surrounding area, the higher elevation allows the Delta Breeze to cool off the vineyard at night, which enhances the flavor of the grapes, and ultimately our wines. Owners, Edward Cholakian and Megan Van Hook started with the Wolfe Heights team in 2019 by making some of our Reserve wines using fruit from the Paso Robles AVA. Cabernet Sauvignon, Syrah, and Merlot all came in from Wellsona Vineyard only a few miles down the road from Lusso Della Terra. These wines are still currently aging in 100% new French oak barrels and will be bottled soon. We are excited about the wines, as they taste and smell amazing already! 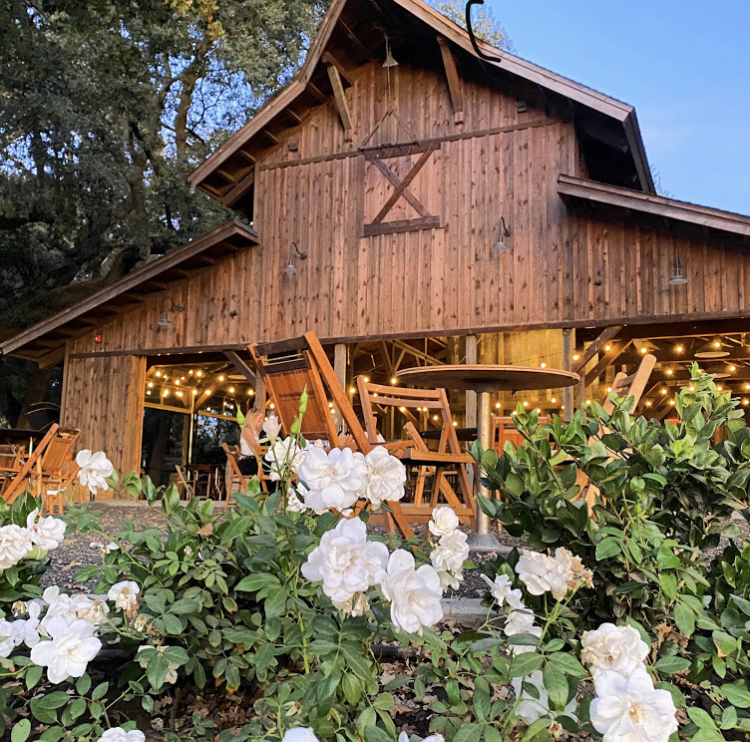 Heringer Estates is a Family Vineyard and Winery in Clarksburg, CA, along the Sacramento River. The Heringer family has been farming in Clarksburg for 7 generations, since 1868 and began to produce wine grapes in the 1970’s. Like ourselves, Heringer implements strategic farming and sustainable practices to ensure the highest quality fruit production from year to year. Heringer Estates produces 26 grape varietals—8 white and 18 red. 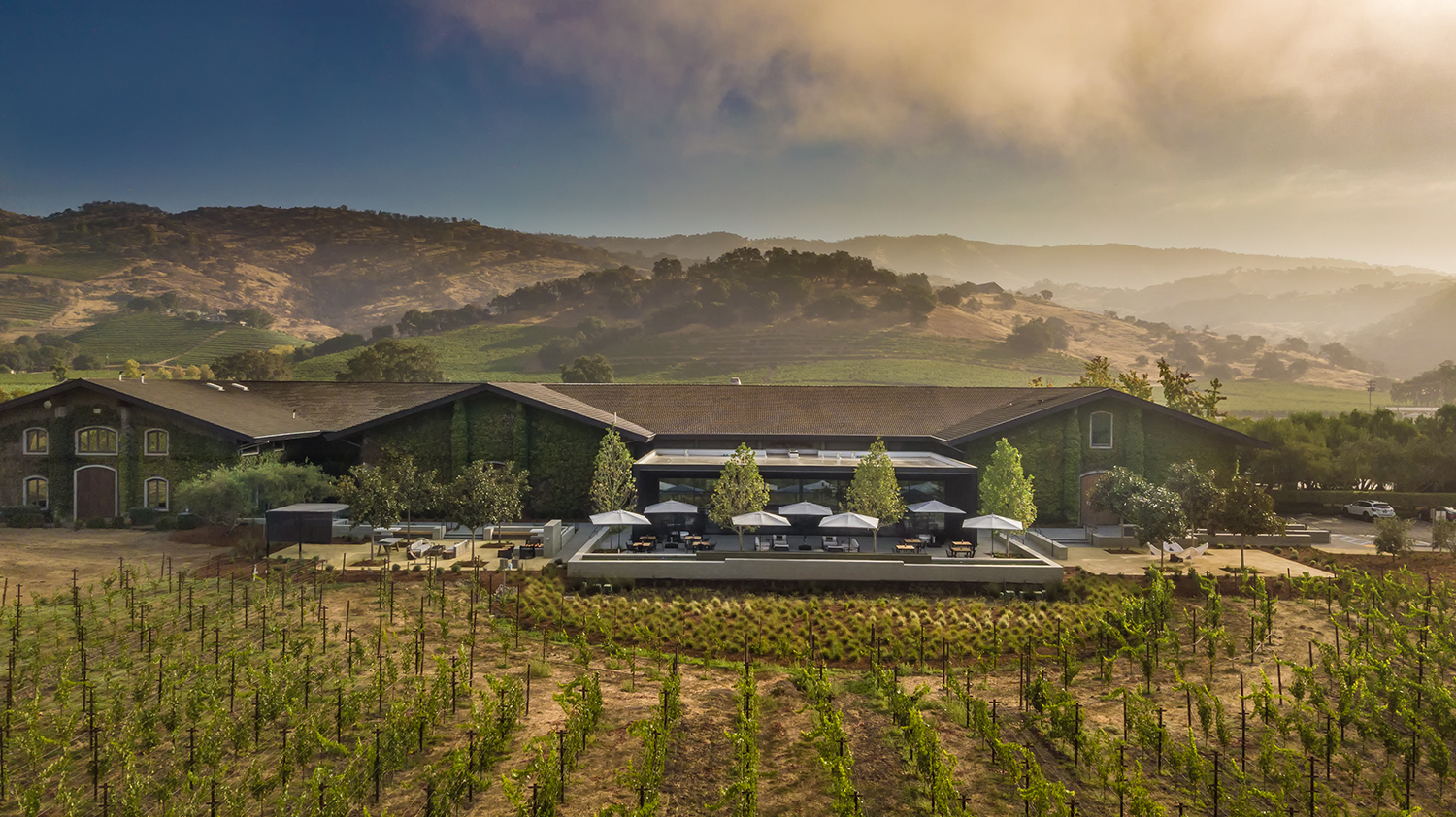 Clos du Val is a Napa-based vineyard and winery has been farming vineyards for over 45 years. They have become a well-established name in the winemaking community with a number of vineyard locations across Central California. Clos du Val’s 1972 Cabernet Sauvignon took first place in the Judgment of Paris blind tasting. This helped establish Napa Valley as one of the leading winegrowing regions of the world, and gave Clos du Val the international recognition it possesses today. This world renowned winery is focused on growing and producing the world’s finest wines. 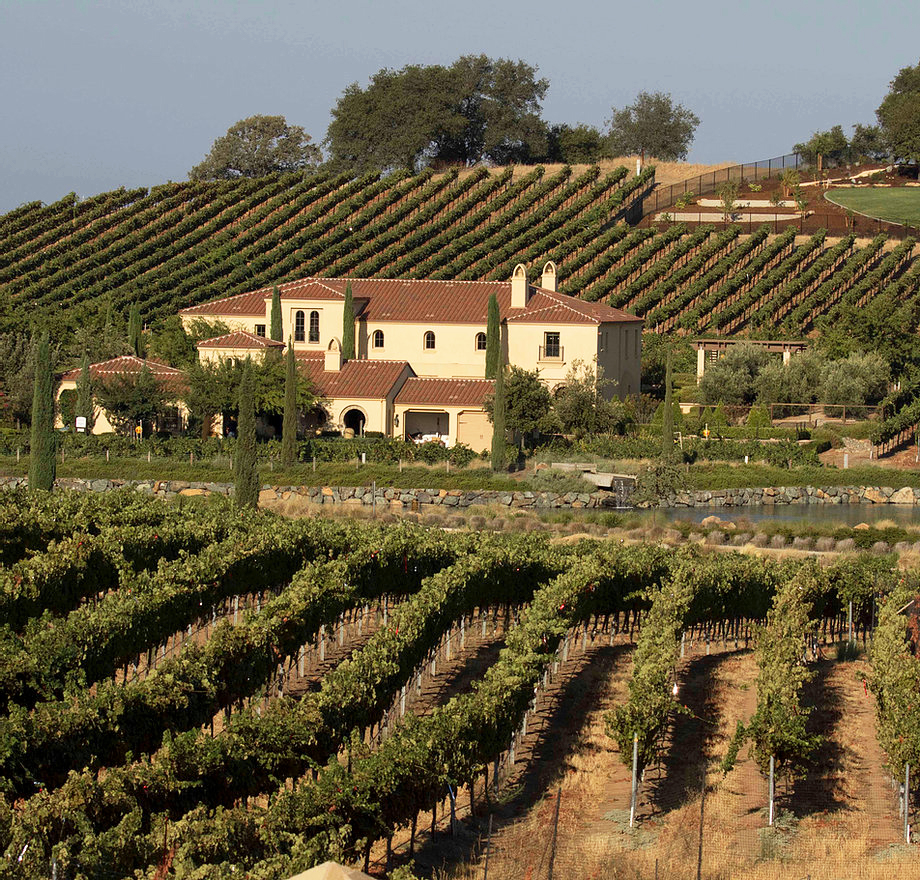 Sierra de Montserrat is a private residential community located on 322 acres of beautiful rolling foothills in the town of Loomis, CA. Amongst these acres are 62 custom home sites, as well as 28 acres specifically designated for vineyards that are intertwined throughout the neighborhood. Elegantly maintained by Vineyard Manager, Sam Patterson, Sierra de Montserrat Vineyard grows 12 red and white varietals including Barbera, Mourvedre, Grenache, Petite Sirah, Syrah, Zinfandel, Primitivo, Tempranillo, Graciano, Cabernet Sauvignon, Vermentino, and Verdelho. We appreciate that Sierra de Montserrat grows their grapes and farms them to the highest quality standards, even earning 92-94 point ratings for their wines. 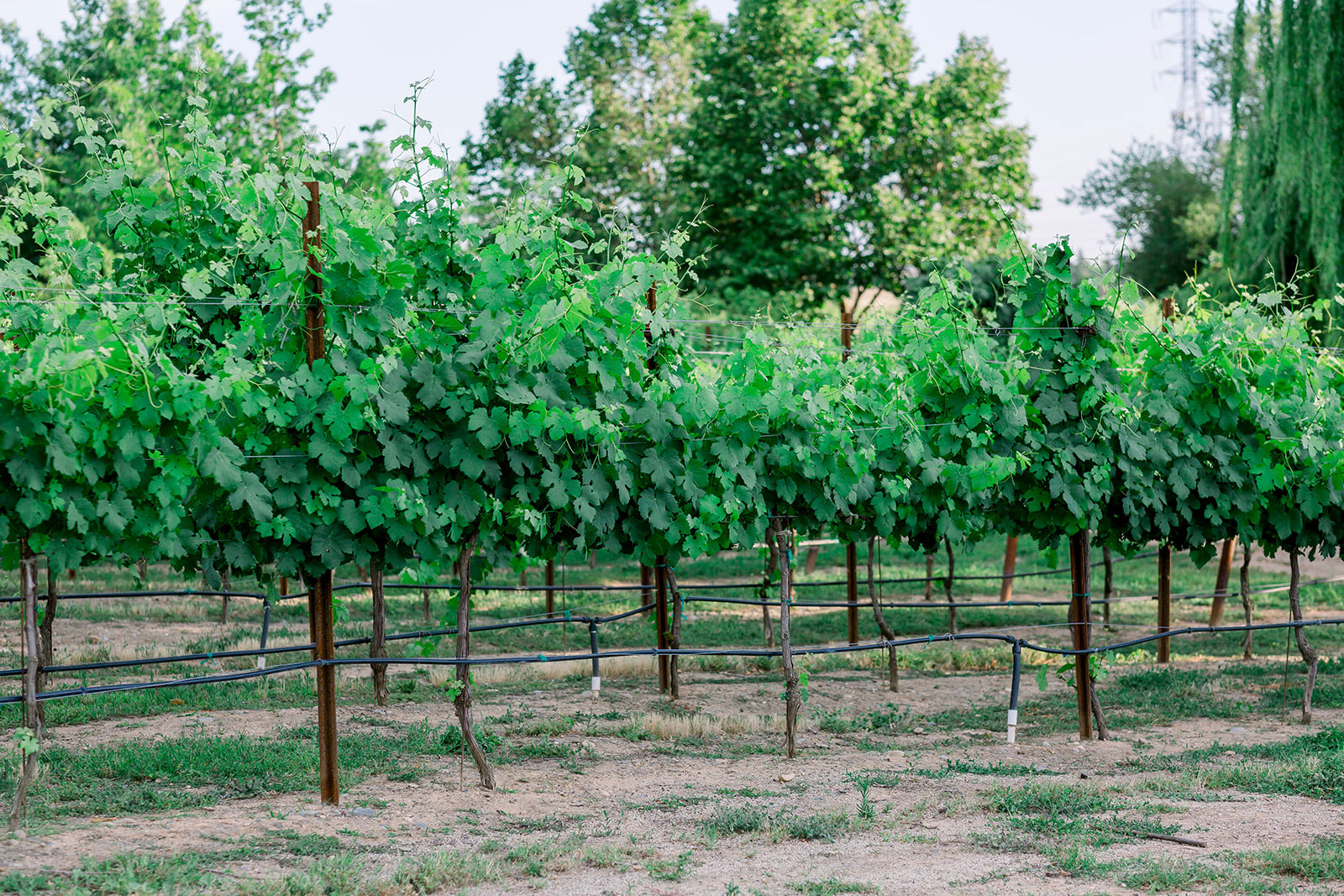 Shop Our Wines
Reserve A Tasting
Where To Find Our Wines

Loving Wolfe Heights wines? Take a look at some of our favorite pairings, including wine + cheese, dinner recipes, and more! You can even submit your own pairing for a chance to win a prize!

Stay in the know

Sign up for news and specials on all things Wolfe Heights. 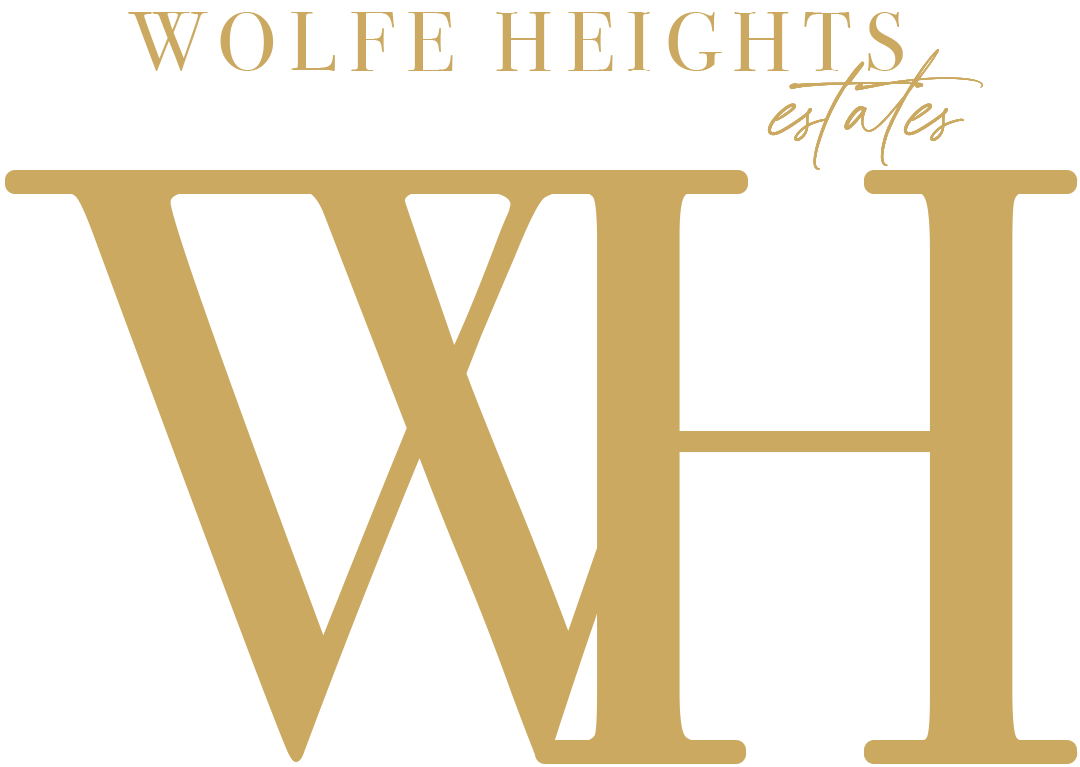 Wolfe Heights is a gated estate and open by appointment only. Please contact us to schedule your appointment. 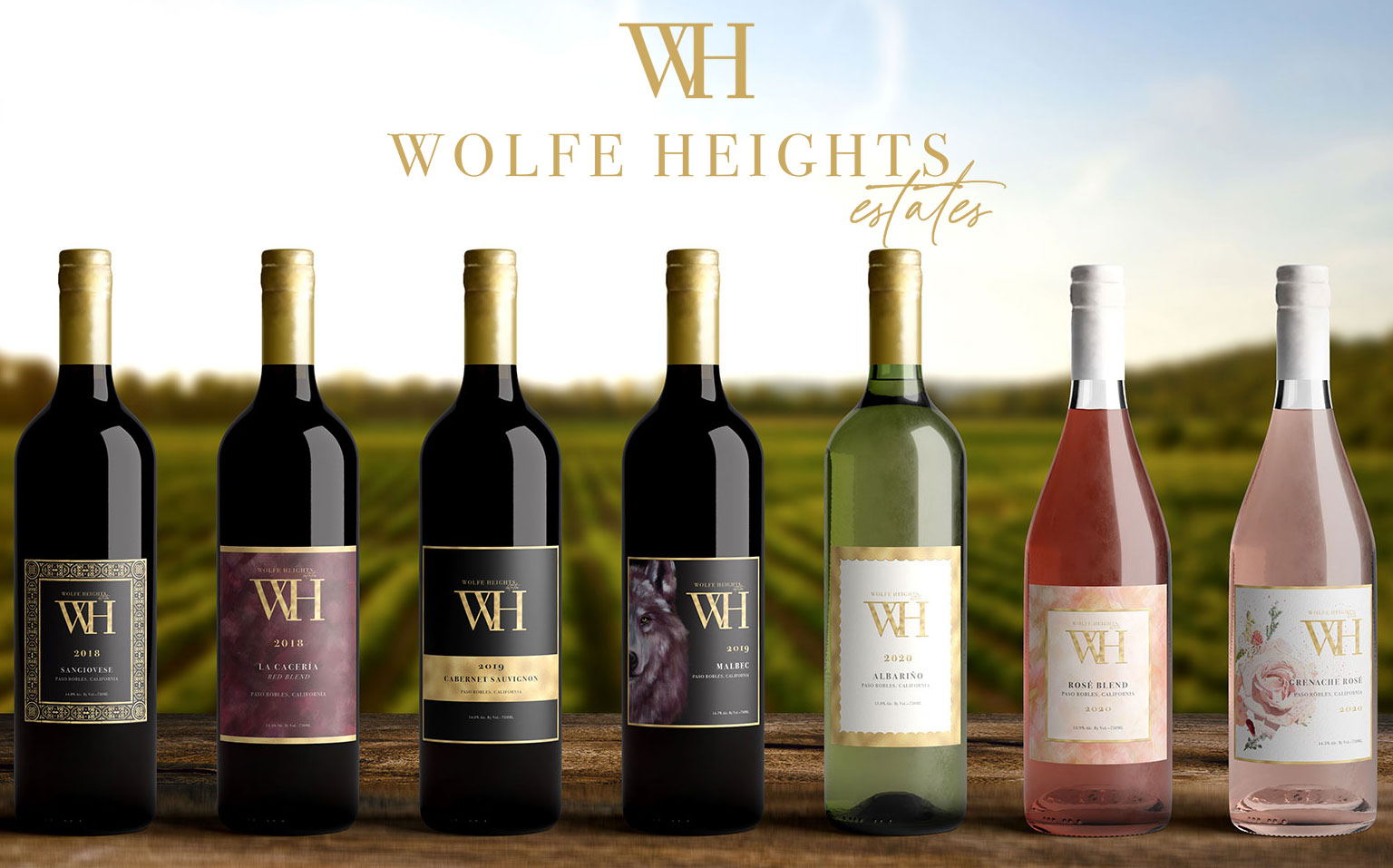 Sign up and enjoy 10% off your first online order!
(Excludes Sparkling Wines)